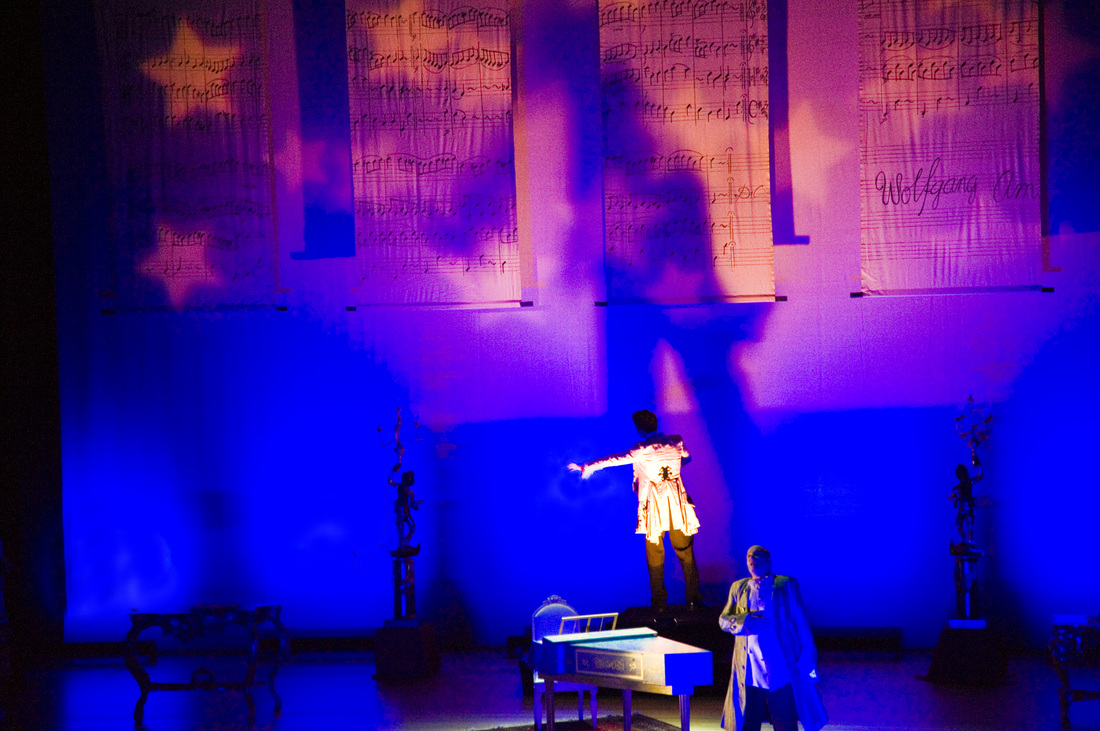 In 2006, 4MBS produced a performance of Peter Shaffer’s classic play Amadeus, to celebrate the 250th anniversary of the birth of Mozart.

Directed by Tama Matheson, the production was performed in the exquisite Brisbane Masonic Temple – chosen because Mozart was a Mason. The play was so well-received that 4MBS toured the production around Australia.

Our 2011 production was performed in the Queensland Conservatorium Theatre, and won a prestigious Matilda Award for “Best Independent Production”.

The 2008 Production featured Eugene Gilfedder as Salieri, Tama Matheson as Amadeus, and Kerith Atkinson as Constanza.

Our very first production of Amadeus took place as part of the 2006 Festival of Classics.

It featured Eugene Gilfedder as Salieri, Tama Matheson as Amadeus, and Kerith Atkinson as Constanza. ​​